Today my route was taking me further south, through lots of small towns, a forest or two, and through the city of Orelans, and then following the Loire river out to a campsite at Beaugency.

I thought I had escaped all the crazy wind after I’d left the Netherlands/Belgium, but it turns out they have wind farms here too, and guess what, it was a headwind. With my loaded bike, I was going so slowly, probably no more than 10 km an hour in some parts! Tough work indeed! 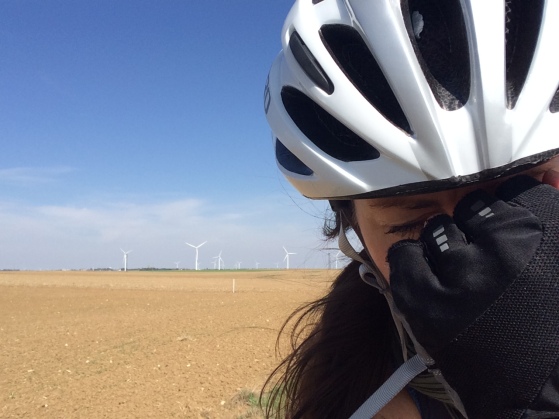 Still, the beautiful scenery as I headed into Orleans made up for it. Here’s the Loire bridge in Orleans:

Again, I didn’t spend long (or stop at all) in the city, I pushed on through to the other side. After that, I had a lovely late afternoon route loosely following the river Loire towards Beaugency: 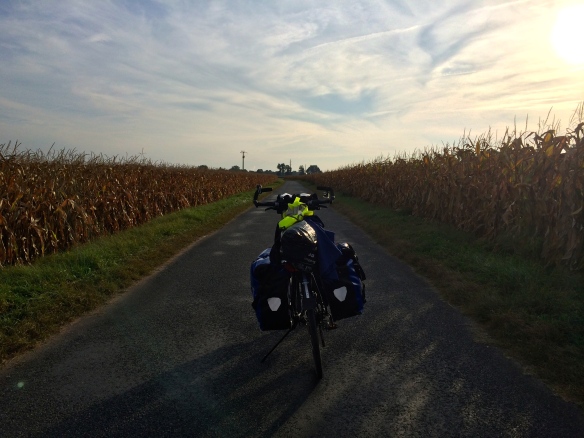 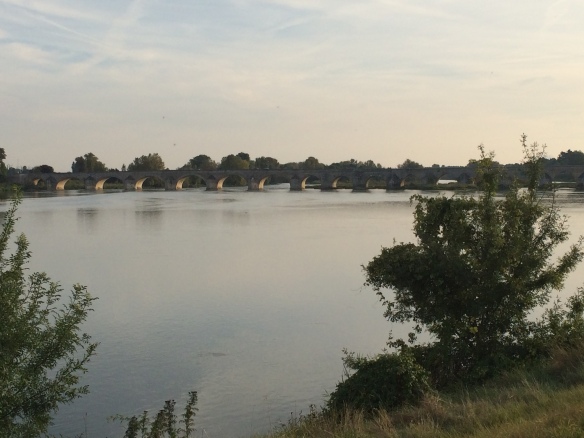 The campsite was actually closed at this time of year, but that didn’t stop the French it seemed! It was actually the biggest and busiest campsite I had ever been too, full of camper vans and French families. Not another tent in site! Since it was closed, all of the facilities were locked up (no showers, no toilets). So I had to make do with the woods! And had to pay some guy 5 euro for the privilege! (I’m sure I was conned!).

During the night it got really noisy, and my bike was attracting a lot of attention from the kids who kept turning the lights on and off and ringing the bell. I got out of my tent at one point to shoo them away, and after that, I didn’t get much sleep at all! Would have been better off in the woods!