Kevin de Koga is loaded, off we go! 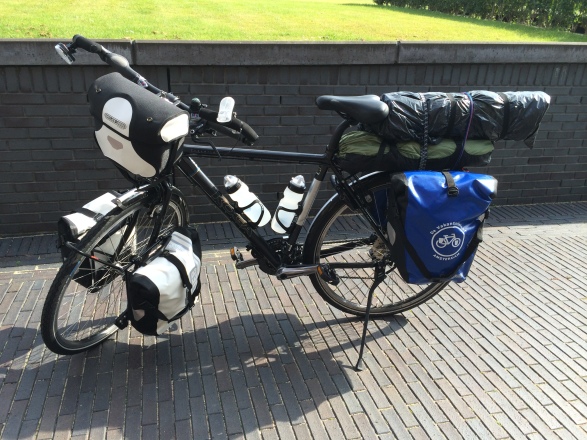 I left sunny Almere at 14:30 after buying some final bits and pieces for the trip in the morning. This was the first time I’d ever ridden a fully-loaded bike, and the first few kilometres were pretty wobbly!

Went through some lovely, typically Dutch countryside along the way: 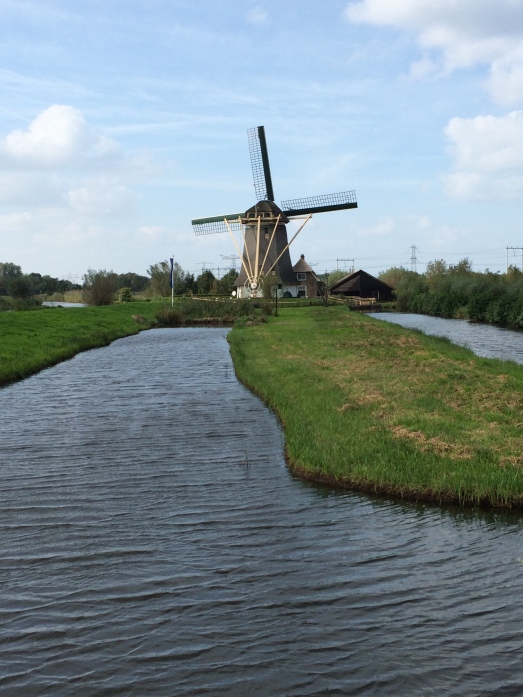 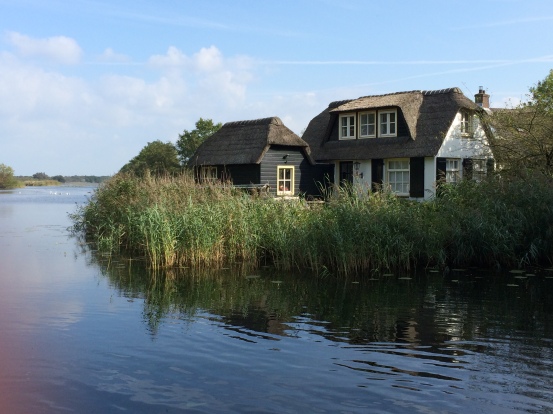 I made a good distance today, had the wind behind me and of course, it was all flat! The area in the south of Holland that I was heading for has a lot of water (like most of Holland!) and there was a key river that I needed to cross by ferry to prevent me from having to ride about 40km off route to get to a bridge… in typical lack of planning though, I didn’t think about when the last ferry would be leaving. Turns out, I got there about 20 minutes too late!

It was around 18:30 by this time, so I headed back to the road to look for a spot to camp. Found a lovely campsite in a place called Schoonhaven. 12 Euros to pitch my tent, and a nice ‘tranquil’ spot right by the river. As I was pitching my tent, it did briefly cross my mind that the few other tents that were there were so much further back from the river… but I thought maybe they just didn’t appreciate the view….

Little did I know that cargo ferries plough this river all night long! And are actually quite noisy! Still, I was very happy to successfully set up my tent for the first time ever, and cook my first brew!

This also meant that my stove worked, so no frustrating Reece Witherspoon moments (a la ‘Wild’) with the wrong kind of gas. Which also meant I could whip together a real delicacy of a dinner:

This has to be one of the best things about a bike trip – you use so much energy in the day that literally anything you cook at night will taste like Michelin-star grub!